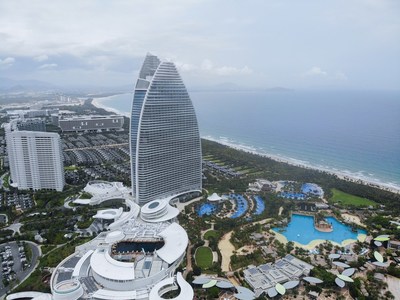 China will allocate a total of 3.5 billion yuan (about 495 million U.S. dollars) from the central budget to promote the building of the Hainan free trade port, the country's top economic planner said on Tuesday.

The fund will be used for infrastructure construction and public services improvements of the free trade port, according to the National Development and Reform Commission (NDRC).

Targeted support will be offered to long-term projects, including monitoring facilities in comprehensive bonded zones, tourism-related infrastructure, as well as projects concerning epidemic prevention and control, said the NDRC.

Earlier this month, Chinese authorities released a master plan for the Hainan free trade port, which aims to build the southern island province into a globally-influential, high-level free trade port by the middle of the century.

A free trade port system, focusing on trade and investment liberalization and facilitation, will be "basically established" in Hainan by 2025, and become "more mature" by 2035. This is according to the plan, jointly issued by the Central Committee of the Communist Party of China and the State Council.