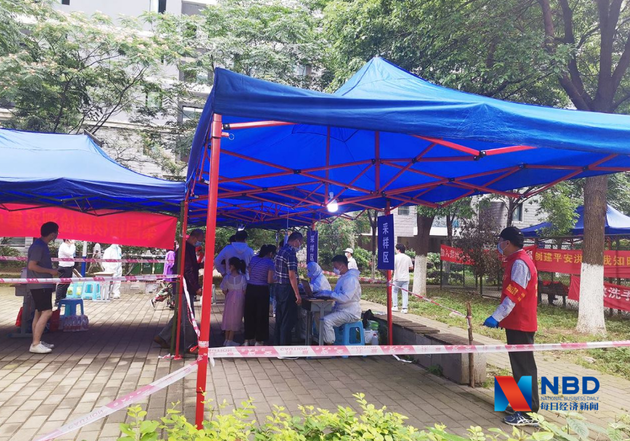 Two swab sample collection vehicles modified from Foton coaches have been commissioned on the streets of the Chinese capital of Beijing to assist the city's mass COVID-19 testing in communities.

"With the mobile sampling vehicles, medical staff can work 'indoors' with air-conditioning and in a disinfected environment while it is scorching on the street," said Zhang Kehong, executive vice president of Beijing Zhanlanlu Hospital.

Zhang said medical staff collecting swab samples on the street in protective clothing had to change shifts every two hours to offer them respite from the summer heat. The vehicle has greatly improved their working environment.

The sampling vehicles are refitted from electric buses provided by Foton, a subsidiary of Chinese automaker BAIC Motor. They are currently deployed in Beijing's Xicheng and Chaoyang districts.

Cheng Hua, product director of Foton's AUV Bus, said the vehicles have been equipped with automatic body temperature detection and air purification devices to ensure the safety of medical personnel and prevent the risk of cross-infections.

Each of the vehicles opens five windows with one for registration and the other four for swab sample collection.

"The sampling process takes 30 seconds. Medical staff in one sampling window can collect about 100 samples in one hour," said Zhang.

Liu Yaoyong, an official of the Zhanlanlu sub-district, said the sampling site serves 22 communities with 100,000 permanent residents. Among them, 50,000 people have undergone nucleic acid testing so far.