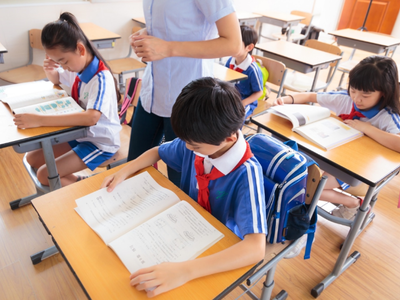 Chinese authorities have demanded strengthened efforts to prevent new school dropouts due to the COVID-19 epidemic.

A thorough survey should be conducted among school students, and individualized plans need to be worked out for students who drop out. This is according to a guideline on further controlling the dropout rate, and ensuring the implementation of compulsory education, released on Monday.

Efforts should be intensified to encourage dropout students from poor families to return to school this fall semester, said the document, issued by the Ministry of Education (MOE) and multiple government departments.

The guideline stressed that no school-age children from poor families, except those unable to learn due to their physical condition, should drop out of school.

The number of Chinese students quitting school, amid their nine-year compulsory education period, fell by nearly 99 percent from 600,000 nationwide in early 2019 to 6,781 as of June 14 this year, said the MOE.