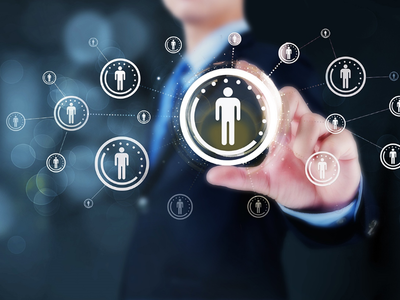 As graduation ceremonies in most universities concluded this month, whether in traditional or virtual forms, China's 2020 college graduates are set to join a labor market saddled by COVID-19.

The number of college graduates is expected to hit a record 8.74 million this year in China, making the already raw job market even more competitive after the offline spring recruitment season was interrupted by the virus outbreak.

To secure jobs for new graduates, China has vowed to give priority to their steady employment, redoubling efforts to enhance employment services and expanding job opportunities to help them pull through the difficult times.

Amid nationwide calls for social distancing, authorities have encouraged companies to move recruitment online while creating platforms to facilitate the process.

The Ministry of Education and multiple recruiting platforms have launched an online recruiting service platform to help graduates, whose job outlook appears grim due to the impact of COVID-19.

Since its launch in March, the platform has offered more than 13 million jobs for college graduates.

Online tools, such as the multi-functional social media platform WeChat, have also proved useful when graduates are trying to land a job.

According to a report jointly released by WeChat and the China Academy of Information and Communications Technology in May, more than half of the staff from 55 percent of entities on the WeChat platform are graduates from colleges.

As the record high of graduates has put the job market under pressure, China has fleshed out easing measures to enlarge the employment pool as much as possible.

The education authority has arranged to expand postgraduate enrollment by nearly 190,000 this year, while the scale of recruitment for state-owned enterprises, public institutions and the military will be widened as well.

Despite lackluster performances in many sectors, opportunities are better in emerging industries with a surging demand for talents in those fields.

The new professions included blockchain technicians, online marketers, information security testers and online learning consultants, among others. Five new types of work, such as livestreaming sales, have also been released.

Amid the country's thriving online business and services sectors, the newly released professions aim to meet the demand and facilitate employment for college graduates, according to the Ministry of Human Resources and Social Security.

To this end, more efforts are required to step up institutional reforms, such as providing employment contracts, social security, household registration benefits and other cushions for graduates working in flexible employment, said Zeng Xiangquan, a professor at the Renmin University of China.