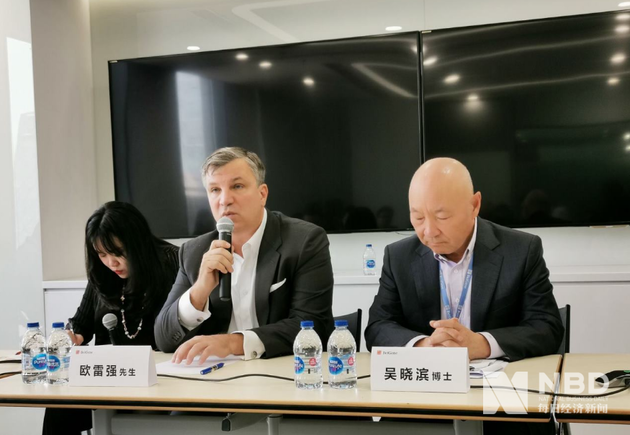 National Business Daily (NBD) noticed that the hike was fueled by the company's offering of more than 145.8 million ordinary shares which were sold on Monday at a price of 14.2308 U.S. dollars each (equivalent to a price of 185 U.S. dollars per American Depositary Share). The gross proceeds would stand at 2.08 billion U.S. dollars.

According to the company, the proceeds will be used for clinical research and development, business operations, etc.

It's worth noting that the stock offering is the largest equity financing ever by a biotech company, and is expected to close on Wednesday.

All purchasers in this deal will hold a 65.81-percent stake in total in BeiGene after the transaction is completed.

NBD observed that BeiGene's last major fund-raising happened in January 2020, with Amgen purchasing a 20.5-percent stake in the former for 2.8 billion U.S. dollars.

Founded in 2011, BeiGene is a company dedicated in novel therapeutics for cancer.

According to its financial reports, from 2013 to 2019, the combined losses of the company reached over 13 billion yuan, which was resulted from its high R&D expenses. From 2013 to the first quarter of 2020, BeiGene's investment in R&D totaled over 15 billion yuan. However, currently BeiGene only has two kinds of self-developed drugs sold on the market.

This is why the company relies on financing. Statistics revealed that the total financing volume since BeiGene's inception has exceeded 4.48 billion U.S dollars.

With the ongoing Covid-19 epidemic, some are concerned about the future of bio-tech companies. Wu Xiaobin, president of BeiGene, showcased his confidence, "Our latest financing could be a response to the question. China's economy will move on and biopharmaceutical firms will continue to rise as investors are bullish about the industry."