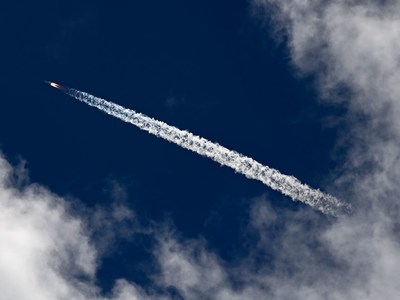 A Long March-5 rocket blasted off Thursday from the Wenchang Spacecraft Launch Site in the southern province of Hainan, sending China's Mars probe into the Earth-Mars transfer orbit.

About six minutes after the liftoff, Yuanwang-6 detected and locked its targets, and carried out measuring of the rocket, and control and monitoring of the Mars orbiter.

The other two tracking ships, Yuanwang-5 and Yuanwang-7, then took turns to complete their missions.

As scheduled, Yuanwang-5 and Yuanwang-7 will return to China, while Yuanwang-6 will sail to its next mission area for satellite monitoring.