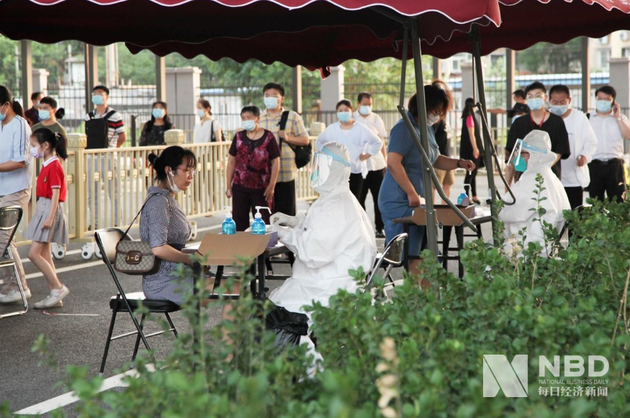 A total of 1.68 million people have been sampled for nucleic acid tests in Dalian, northeast China's Liaoning Province, since the city began large-scale testing on Sunday following reports of new COVID-19 cases.

On Sunday alone, more than 1.25 million samples were collected in the city.

According to Zhao Lian, deputy director of the municipal health commission, 6,145 medics have been mobilized to conduct nucleic acid tests at 1,928 test sites across the city, after new domestically-transmitted COVID-19 cases began to emerge in the city on July 22.

Dalian has been providing disinfection services for all buses and trains on a daily and shift basis, said Wang Shaocheng, director of the city's transportation bureau. The city now provides more than 50,000 bus disinfections each day and over 1,000 daily disinfections for trains.

The city had asked residents to refrain from leaving the city. Those who have to leave have been advised to carry proof of negative nucleic acid test results, conducted within seven days.