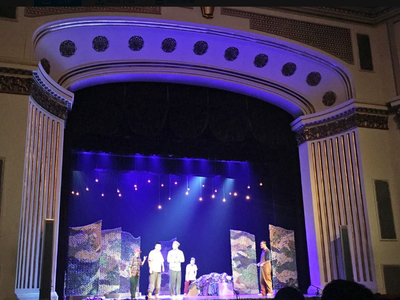 A newly created opera eulogizing a dedicated grassroots official was staged as the opening show at the Beijing Tianqiao Performing Arts Center on Wednesday following its temporary closure since mid-June.

The opera, presented by the China National Opera and Dance Drama Theater, revolves around the achievements of Jiao Yulu, former Party secretary of Lankao County in central China's Henan Province, during his 15 months in office.

Jiao began his work in the once-poor county in 1962, where he led the locals to overcome waterlogging, sandstorms and soil degradation that had long plagued Lankao, until he died of liver cancer at the age of 42 in 1964.

A second performance will be held at the center on Thursday.