Chinese consumers' sentiment for diamond jewellery purchase ahead of other key markets: research 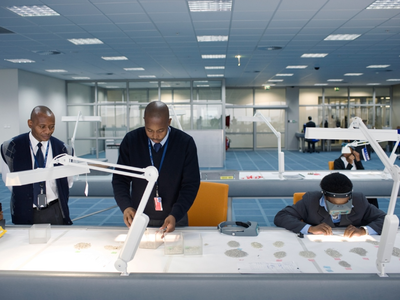 Chinese consumers' sentiment about intention to purchase diamond jewellery during the upcoming festive season was ahead of other key markets, De Beers Group executive said Tuesday in a statement.

Bruce Cleaver, the diamond group's chief executive officer, said about 80 percent of both male and female respondents were very or quite likely to purchase diamond jewellery for a significant other or for themselves in India and China when sharing the insights for diamond jewellery retailers ahead of the 2020 holiday season.

"Chinese consumer sentiment was ahead of other key markets, with 85 percent feeling settled into a new and familiar routine and 24 percent feeling fully reconnected to their life and previous routine," said Cleaver in a statement.

The global diamond conglomerate recently undertook a comprehensive consumer research in China, India and the U.S. to have an insight for the diamond trade in advance of the upcoming holiday gifting season and in the context of COVID-19 pandemic.

"Only 8 percent of consumers in the U.S. and 4 percent in China felt their situation was deteriorating," said Cleaver, adding that De Beers has got an unusual opportunity to build even more lasting and meaningful connections with consumers in China despite uncertain external environment.

The research, which surveyed 2,800 men and women aged 20 to 65 with household incomes of at least 75,000 U.S. dollars in the U.S. and a similar demographic in China and India, looked at a range of consumer indicators on how they were feeling in the current environment, gifting intentions for the holiday season and preferences for engaging with brands and retailers over the coming months.