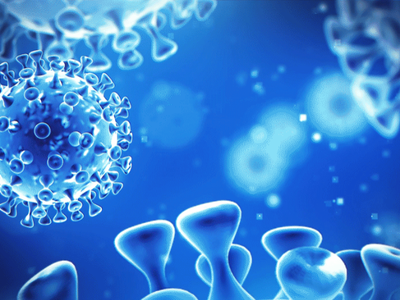 Leveraging this discovery, the researchers designed a negatively charged molecule to bind to the positively charged cleavage site. Blocking this site inhibits the virus from bonding to the host cell.

"Our work indicates that blocking this cleavage site may act as a viable prophylactic treatment that decreases the virus' ability to infect humans," said Monica Olvera de la Cruz, a professor of materials science and engineering in NU's McCormick School of Engineering. "Our results explain experimental studies showing that mutations of the SARS-CoV-2 spike protein affected the virus transmissibility."

"The function of the polybasic cleavage site has remained elusive," Olvera de la Cruz said. "However, it appears to be cleaved by an enzyme (furin) that is abundant in lungs, which suggests the cleavage site is crucial for virus entry into human cells."

In the next step, the researchers plan to work with NU chemists and pharmacologists to design a new drug that could bind to the spike protein.

The research, posted on NU's website on Tuesday, has been published online in the journal ACS Nano.