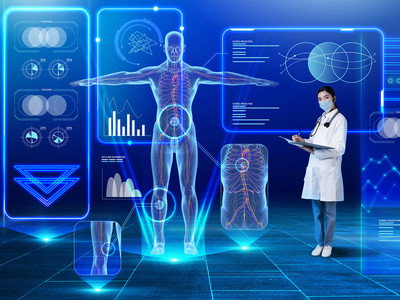 Chinese scientists announced on Thursday that they have started cell and animal tests for the country's first indigenously-developed boron neutron capture therapy facility (BNCT), before applying the technology on cancer patients.

The accelerator-based BNCT experimental facility passed evaluation by experts on Thursday, said its developer, the Institute of High Energy Physics under the Chinese Academy of Sciences.

According to Liang Tianjiao, deputy director of the institute's Dongguan branch, radiation therapy starts by injecting the patient with a boron-containing drug that can accumulate in cancer cells. The patient is then irradiated with a neutron beam for less than an hour. When the boron in the cancer cells is hit by the neutron beam, the resulting nuclear capture and fission reactions produce high-energy alpha particles and lithium nuclei, which can destroy cancer cells with high accuracy.

"Both alpha particles and lithium nuclei have a very short impact range, just one-cell long, so they will not damage neighboring tissue while killing the cancerous cells," said Liang.

Liang added that BNCT is an effective treatment for head and neck tumors, and can also potentially treat liver, lung and pancreatic cancers.

Compared with traditional methods of radiation, BNCT does not lead to huge economic burden, enabling patients to maintain a high quality of life after treatment, Liang said.

In March, the world's first accelerator-based BNCT facility and boron-containing drug were approved and entered clinical trials in Japan.

Accelerator technology from the China Spallation Neutron Source (CSNS), a large scientific facility located in Dongguan, Guangdong Province, has been key to the development of the country's indigenously-developed BNCT facility.

Fu Shinian, deputy manager of CSNS, said neutron beams for BNCT in past decades were generated by nuclear reactors, which slowed its development. Since the CSNS project was completed in 2018, institute scientists have used CSNS accelerators to produce neutron beams, making BNCT easier and widely available in hospitals.

Scientists will continue to optimize the accelerator-based BNCT facility and plan to carry out clinical trials soon, according to its developer.