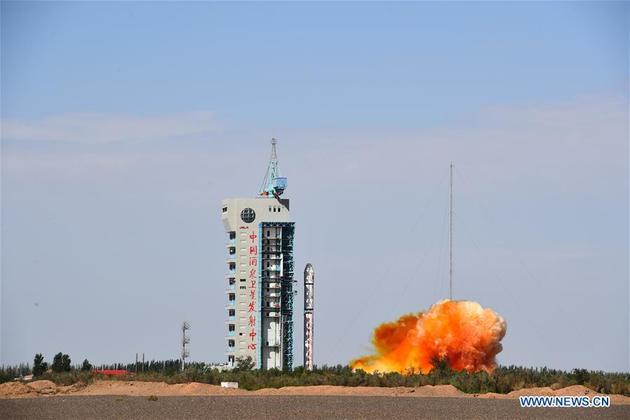 The satellite, Gaofen-9 05, was sent into orbit by a Long March-2D carrier rocket.

Gaofen-9 05 has a resolution up to the sub-meter level. It will be mainly used for land surveys, city planning, land right confirmation, road network design, crop yield estimation and disaster prevention and mitigation.

It will also provide information for the Belt and Road construction.

A multifunctional test satellite and another satellite named Tiantuo-5 were also launched via the rocket.

The multifunctional test satellite was developed by the Academy of Military Sciences and will test and verify technologies such as communication, navigation and remote sensing in orbit.

Tiantuo-5, developed by the National University of Defense Technology, will test and verify data collection technologies for ships, aircraft, buoys and the Internet of things.

Sunday's launch was the 343rd mission of the Long March rocket series.