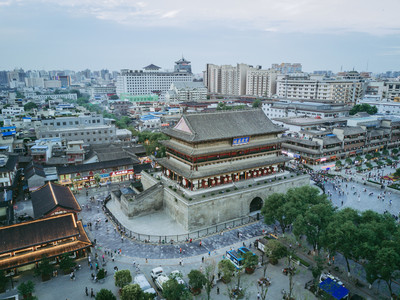 A historic bell tower in northwest China's Shaanxi Province reopened to the public on Wednesday after renovation.

Due to prolonged exposure to wind, sunlight, rain and dust, the 600-year-old tower had decayed, with its roof leaking and some decorations peeling off, said Wang Lei, curator of Xi'an Bell and Drum Towers Museum.

It was the sixth renovation of the bell tower since the founding of the People's Republic of China in 1949.