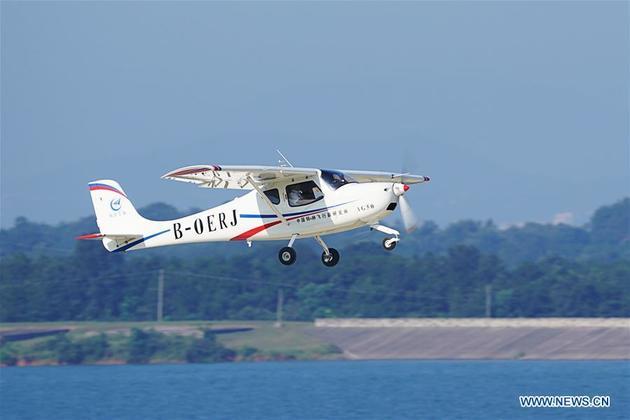 The aircraft took off at 8:38 a.m. from Zhanghe Airport in the city of Jingmen and flew for 12 minutes. Chief test pilot Huang Jie said the maiden flight was successful and all systems were operating normally.

According to Gu Biao, chief commander of the maiden mission, the AG50 is designed for aeroclubs, general aviation companies, training schools and private pilots. With a maximum takeoff weight of 650 kg and a payload of 245 kg, it has a range of 650 km and a maximum speed of 222 kph.

Some buyers made orders at the maiden flight site for the AG50, the aircraft-maker said.