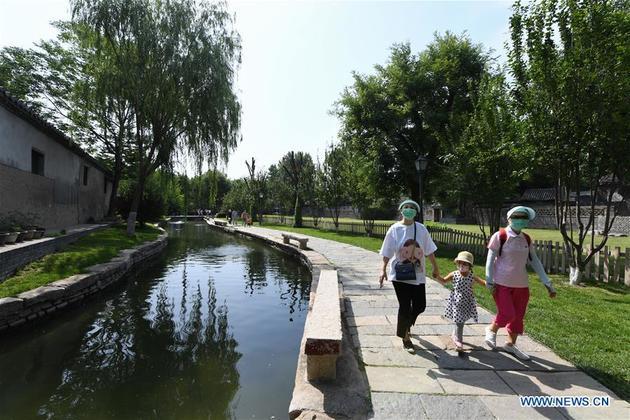 Authorities in Beijing on Sunday unveiled a detailed plan for its core area for the 2018-2035 period, ushering in a new era for the city with a history of thousands of years.

Based on the plan that was initiated in 2017, the focus of the core area, covering about 92.5 square kilometers, will be on China's political center and other functions.

The goal of the plan is to build a core area with sound administrative environment, cultural appeal and ideal living conditions. It also stresses protecting the city's cultural and historical heritage.

By 2035, the permanent population in the core area would be about 1.7 million, and the floor area of above-ground buildings will be around 119 million square meters, according to the plan.

The permanent population in the core area is estimated to be about 1.55 million, while the floor area of the above-ground buildings will be around 110 million square meters by 2050.

The central authorities approved the plan, emphasizing its functions of serving central administrative organs as well as firm and orderly relief of its non-capital roles.

"The core area is where Beijing's functions as the nation's political, cultural and international exchange center are mostly located, and it's a key area for the preservation of historical sites," the Communist Party of China Central Committee and the State Council said in an approval statement that was made public on Thursday.