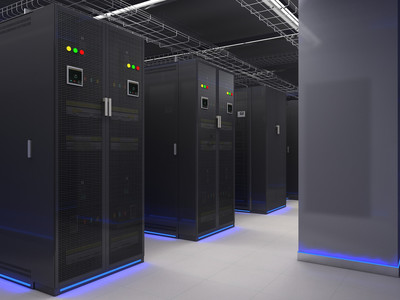 An international team of researchers has used supercomputers in China and Europe to study the internal structures of the smallest clumps of dark matter in a computer-generated universe, which is expected to help scientists learn more about what dark matter is and its role in the evolution of the universe.

Dark matter is thought to account for about 85 percent of matter in the universe, while normal matter, which includes stars, planets and people, only accounts for a small percentage.

Galaxies form and grow when gas cools and condenses at dark matter halos, the centers of enormous clumps of dark matter.

Scientists can infer the structures of large dark matter halos from the properties of the galaxies and gases within them.

However, they have no direct information about smaller dark matter halos that are too small to contain a galaxy. According to current theories, the smallest dark matter halos are thought to have masses equivalent to Earth's.

"These small halos can only be studied by simulating the evolution of the universe using a large supercomputer," said Gao Liang, a researcher from the National Astronomical Observatories of the Chinese Academy of Sciences (CAS).

To study the internal structures of a small dark matter halos in as much detail as they do for giant galaxy clusters, the researchers need to enlarge the mass range by 30 orders of magnitude -- that is one, followed by 30 zeros. It is comparable to viewing a flea on the surface of the moon.

The research team, led by the National Astronomical Observatories of CAS and including Durham University in Britain, the Max Planck Institute for Astrophysics in Germany, and the Center for Astrophysics at Harvard University in the United States, took five years to develop, test and carry out their cosmic zoom.

In the latest issue of Nature, the research team reported that the small dark matter halos have very similar internal structures to those of large and giant ones.

Dark matter halos of all sizes are extremely dense at their centers, and become increasingly spread out with smaller clumps orbiting in their outer regions, said Wang Jie, a researcher from the National Astronomical Observatories of CAS and first author of the study.

"Without a measuring scale, it was almost impossible to distinguish an image of a dark matter halo of a massive galaxy from one of a halo with a mass of Earth's," Wang noted.

That would help to confirm the hypothesized nature of dark matter, which may not be entirely dark after all, said the researchers.