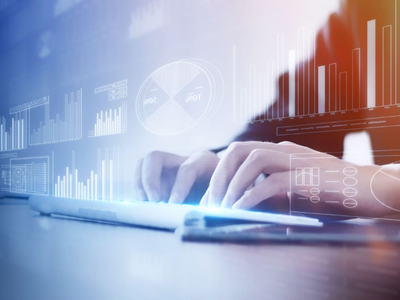 China on Tuesday held the first International Seminar on Global Digital Governance in Beijing and proposed the "Global Initiative on Data Security" during the seminar.

The initiative, announced by Chinese State Councilor and Foreign Minister Wang Yi when giving a keynote speech to the seminar via video link, aims to respond to new issues and challenges emerging in the field of data security and contribute to global digital governance.

Wang said that China called on all parties to make joint efforts to build a peaceful, safe, open, cooperative and orderly cyberspace with view to deal with emerging issues and challenges.

According to the initiative, states should handle data security in a comprehensive, objective and evidence-based manner, and maintain an open, secure and stable global supply chain. Meanwhile, states should stand against information and communications technology (ICT) activities that impair or steal important data from other states' critical infrastructure.

Companies should be encouraged to abide by laws and regulations of the state where they operate, while states should not request domestic companies to store data generated and obtained overseas in their own territory.

States should also respect the sovereignty, jurisdiction and governance of data of other states, and should not obtain data located in other states through companies or individuals, according to the initiative.

Global issues call for global solutions. However, a certain country is bent on unilateral acts, keeps making groundless accusations against others in the name of a so-called "clean" network, and uses security as a pretext to prey on enterprises of other countries.

"Such blatant acts of bullying must be opposed and rejected," said Wang.

Wang stressed that all parties should uphold multilateralism to develop a set of international rules on data security that reflect the will and respect the interests of all countries through broad-based participation.

"Protectionism in the digital domain runs counter to the trend of globalization, undermines the right of global consumers to equally access digital services, and will hold back a country's development," Wang said, adding that all countries should provide an open, fair and non-discriminatory environment for all businesses.

"I hope the Chinese initiative will serve as a basis for international rules on data security and mark the start of a global process in this area," Wang said.

Citing that the number of Chinese netizens has exceeded 900 million, Wang said the digital economy in China has been thriving, accounting for more than one-third of the country's GDP.

"The Chinese government acts in strict compliance with data security principles," said Wang, adding that China has clear legal provisions for protecting the lawful rights and interests of citizens and organizations, including data security and personal information.

China has not asked and will not ask Chinese companies to transfer overseas data to the Chinese government in breach of other countries' laws, said Wang.

"China has taken constructive part in multilateral discussions on data security, including at the UN, G20, BRICS, and the ASEAN Regional Forum, contributing China's input to global digital governance," he said, adding that China looks forward to the active participation of all parties to the initiative.