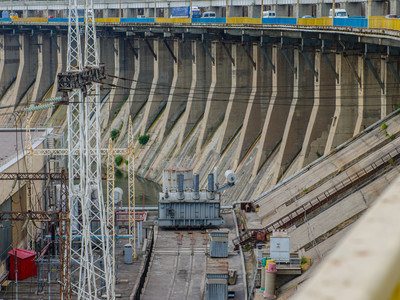 Construction of the Baihetan hydropower station in southwest China is proceeding smoothly, with a new rotor installed on one of the station's million-kilowatt generating units on Wednesday.

It is the second such rotor, a key component of the generating unit, installed on Baihetan, following the one put in place on Aug. 18.

Baihetan is on the Jinsha River, the upper section of the Yangtze, straddling Yunnan and Sichuan provinces. With a total of 16 homegrown million-kilowatt generating units, Baihetan is the second-largest in China after the Three Gorges Dam project in the central province of Hubei in terms of installed capacity.

The generator rotor installed on Wednesday weighed more than 2,000 tonnes and was developed by the Harbin Electric Corporation, a leading Chinese electric machinery maker.

The first batch of Baihetan's generating units is scheduled to start operation by July 1, 2021. The mega power station is expected to generate more than 62 billion kilowatt-hours of electricity per year on average after its completion and will play a vital role in emission reduction and flood control.