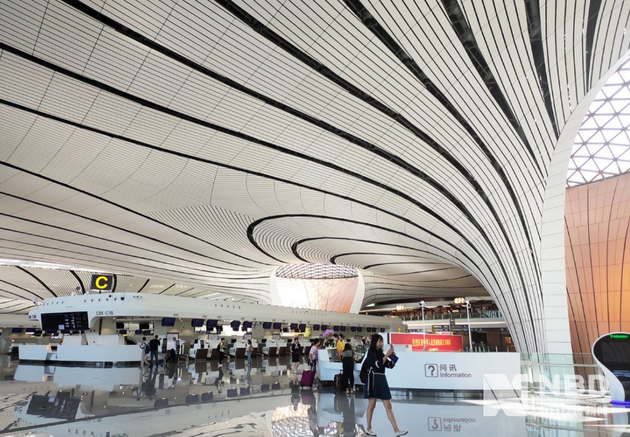 Beijing Daxing International Airport has opened a city terminal in Gu'an County, north China's Hebei Province, allowing residents of Gu'an and the surrounding area to complete check-in procedures ahead of time and with minimal fuss.

Having checked in, passengers are transported to their planes at the main Daxing site by means of the airport bus line, a journey of just 40 minutes. The bus leaves every 20 to 30 minutes and costs 20 yuan (about 3 U.S. dollars) a ride.

Among those to use the new terminal was Xing Li, a resident of Gu'an County, who traveled to southwest China's Chongqing on Wednesday.

"In the past, I needed to leave at least three hours ahead of time to get to Daxing airport, but now with the opening of Gu'an City Terminal, I only need to leave one hour in advance," said Xing.

What surprised Xing was that the terminal staff helped her with the check-in procedures. She did not have to do anything except read and wait in the rest area.

"The terminal is close to the Beijing-Kaifeng Expressway and is surrounded by complete supporting facilities, such as accommodation, catering and shopping," said Wang, adding that the terminal is committed to creating a cozy check-in environment for passengers.

Daxing airport plans to deploy multiple city terminals within the Beijing-Tianjin-Hebei region to facilitate passenger travel in the future.