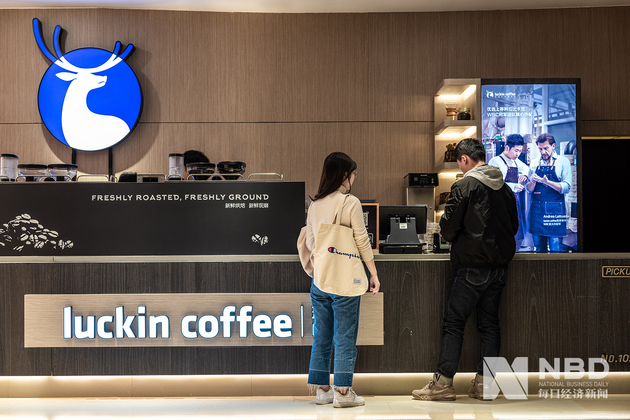 China's top market watchdog has issued a fine of 61 million yuan (about 9 million U.S. dollars) to Luckin Coffee and 43 third-party firms after an investigation confirmed they had violated the country's anti-unfair competition law.

The investigation found that during the April-December period of 2019, Luckin Coffee had inflated key marketing indicators such as sales revenue, with the help of a number of third-party companies, in order to gain competitive advantages and trading opportunities, the State Administration for Market Regulation said on Tuesday in a statement on its website.

It was also found that the coffee shop chain used the false marketing data to deceive and mislead the public from August 2019 to April 2020.

The administration launched the investigation in April, and the fine was issued on Sept. 18.

The probe determined that a total of 43 third-party firms had offered substantial assistance to Luckin Coffee in its false publicity, in violation of the anti-unfair competition law.

Luckin Coffee said that it respects and is resolutely implementing the punishment decision based on the investigation, and that it has comprehensively rectified relevant issues.

"We will further regulate our business activities according to the requirements of relevant laws and regulations, and ensure stable operations," the company said in a statement on its official Weibo account, published after the market watchdog released its decision.