Number of dropouts from China's 9-year compulsory education falls to 2,419 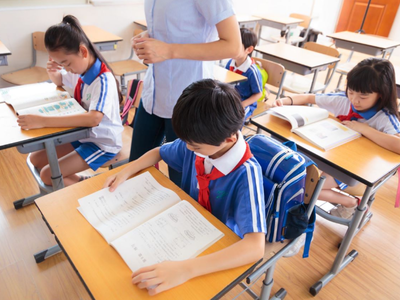 The number of dropouts in the nine-year compulsory education stage in China had fallen to 2,419 as of Sept. 15, down from around 600,000 in 2019, an official with China's Ministry of Education said on Wednesday.

The net enrolment rate for primary education, the proportion of primary school students in the total age group population, was 99.94 percent in 2019, Vice Education Minister Zheng Fuzhi said at a press conference.

Some school-age children are unable to attend school this year mostly due to physical challenges, Zheng said, noting that tailor-made education services are being provided in their homes.

China has effectively ensured that no student will drop out of school because of poverty by offering financial aid to students from impoverished households, exempting all students from tuition and fees, and providing subsidies for nutritious meals for about 40 million rural children every year, Zheng said.

He noted that conditions in rural schools have been improved, with 221 million square meters of school buildings built or renovated between 2013 and 2019.

In recent years, about 950,000 teachers have been recruited to work at 30,000 primary and secondary schools in around 1,000 impoverished counties to raise the quality of education in less developed areas, he said.