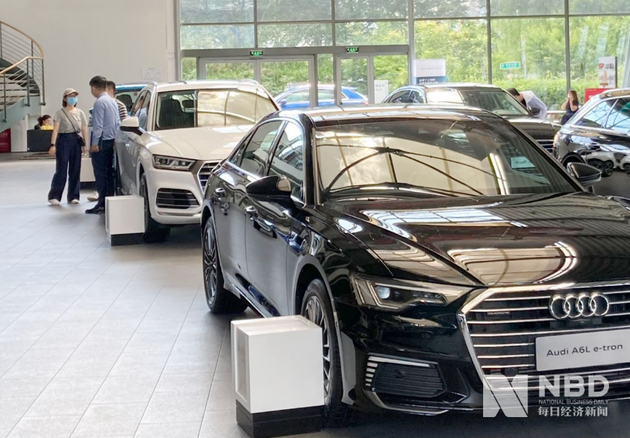 China's leading automaker First Automotive Works (FAW) and German automaker Audi signed a memorandum of understanding Tuesday on the establishment of a joint venture for production of electric vehicles based on the PPE platform.

The MoU was signed during the China-Germany Automobile Conference, which began Monday in the northeastern Chinese city of Changchun.

According to the MoU, Audi will also bring to China the Premium Platform Electric (PPE), which was developed jointly with Porsche, to further advance the transformation of its largest market. Several all-electric Audi models are to be produced for the Chinese market on the new PPE platform from 2024 onwards.

Qiu Xiandong, general manager of FAW Group Co., Ltd., said the MoU sends a strong message on the further opening up of China's auto industry and the strengthening of international cooperation in the field of new-energy vehicles.

"This decision emphasizes the strategic importance of the Chinese market. We are thus actively pushing forward with innovations locally," said Markus Duesmann, chairman of the Board of Management of Audi AG.

From January to September, Audi delivered 512,081 vehicles to customers in China, 4.5 percent more than during the same period of the previous year.