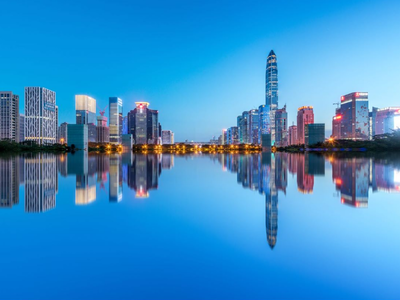 China intends to shape Shenzhen into a modern, global innovation-oriented city and an influential hub of innovation, startups and creativity, Xu Nanping, Vice Minister of Science and Technology, told a press conference.

It is a new target ahead of Shenzhen, which has been a Chinese pioneer in innovation and is listed among the country's first batch of innovation-oriented cities.

"Taking innovation as the primary driving force is part of the valuable experience of Shenzhen. Over the past four decades, scientific and technological innovation is a key factor marking Shenzhen's evolution into an international metropolis," said Xu.

This year marks the 40th anniversary of the establishment of the SEZ. Over the past four decades, Shenzhen has developed as a trailblazer from a small town into a hub of innovation, entrepreneurship and creativity with international recognition.

Out of this, the added value from innovation and high technology industry amounted to 920 billion yuan, representing more than 34 percent of the city's GDP and highlighting its role as Shenzhen's first pillar industry and key growth sphere.

That very year, Shenzhen injected up to 132.8 billion yuan into research and development, representing 4.9 percent of the GDP, pushing the city to the forefront, nationally and globally.

In 2019, the city saw 17,500 international patent applications via the Patent Cooperation Treaty (PCT), amounting to about one third of the country's total.

China recently announced a plan to implement pilot reforms in Shenzhen to develop the city as a showcase of socialism with Chinese characteristics in the next five years.

According to a long-term plan released last year, by the mid-21st century, Shenzhen will become one of the top cosmopolitan cities in the world and a global pacesetter with outstanding competitiveness, innovation potential and influence.

The Ministry of Science and Technology (MOST) will turn the goal of "making Shenzhen a global innovation-oriented city" into its main task. It will also make the city play a leading role in China's high-tech advancement, sustainable development and independent innovation, Xu said.

"Eyeing new targets, the MOST will support Shenzhen in building a batch of innovation platforms, which underscores a favorable environment, top resources and high-end talents," Xu said.