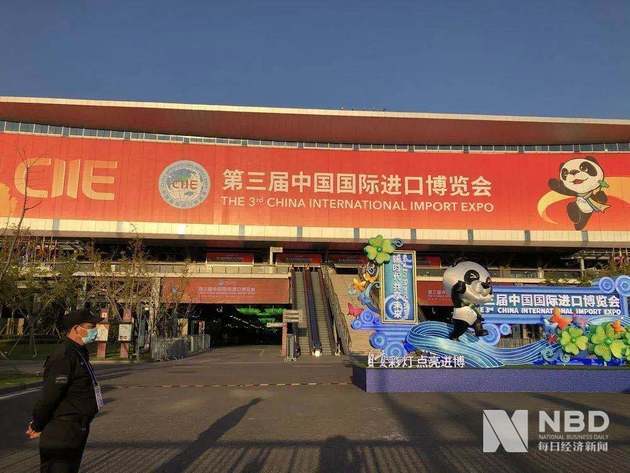 A group of state-owned enterprises from Shanghai signed 16 deals on Saturday during the ongoing third China International Import Expo (CIIE).

"The state-owned enterprises will take the CIIE as an opportunity to expand cooperation, exchanges and opening-up and actively integrate into the global economy," said Bai Tinghui, director of the state-owned assets supervision and administration commission of Shanghai.

High-end equipment is a focus for investors, as equipment manufacturers participated in more projects in China.

Rainer Hirsch, with Herrenknecht, a German company in mechanized tunneling, said the company signed a deal with Shanghai Construction Group on a slurry-shield machine of 15.56 meters in diameter, which is scheduled to be used in an expressway project in Shanghai. It also signed a contract involving another shield machine in the project in Nanjing, capital of east China's Jiangsu Province.

China National Machinery Industry Corporation Ltd. (Sinomach), a state-owned machinery conglomerate, said it expects to sign deals worth more than 5 billion U.S. dollars in the fields of machinery and equipment, raw materials and other commodities, as well as a number of engineering cooperation projects.

Deals struck between China Machinery Engineering Corporation, a subsidiary of Sinomach, and the General Electric Company (GE) focus on wind-power cooperation for big onshore wind turbines, promoting the entry of the American multinational conglomerate's products into the Chinese market.

SUMEC Group Corporation, another subordinate company of Sinomach, will sign a framework agreement with Rolls-Royce to strengthen cooperation between the two sides in the field of commercial diesel generator sets.

Enterprises in east China's Zhejiang Province, one of China's most economically active provinces, have also reached cooperation agreements and signed contracts during the event.

Statistics from the provincial department of commerce showed that 28 well-known enterprises in the province and 28 exhibitors from more than 10 countries and regions, such as Germany, Japan and the United States, have signed 31 projects, involving mechanical equipment and medical equipment, with a total contract value of 12.79 billion yuan (about 2 billion U.S. dollars).

Han Jie, deputy head of the department, said that Zhejiang will actively undertake the "spillover effect" of the CIIE and speed up the construction of a leading area for import trade facilitation.