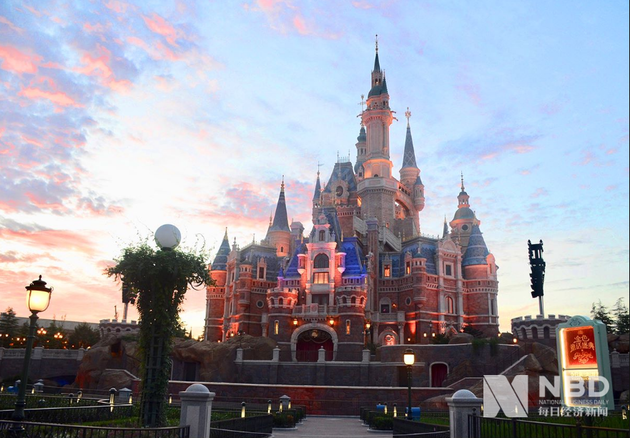 The Walt Disney Company announced Thursday better-than-expected fourth quarter earnings results for fiscal year 2020 amid worries about the impact of the COVID-19 pandemic on the business of the U.S. entertainment giant.

"Even with the disruption caused by COVID-19, we've been able to effectively manage our businesses while also taking bold, deliberate steps to position our company for greater long-term growth," said Chief Executive Officer Bob Chapek in a release.

"The real bright spot has been our direct-to-consumer business, which is key to the future of our company, and on this anniversary of the launch of Disney+ we're pleased to report that, as of the end of the fourth quarter, the service had more than 73 million paid subscribers -- far surpassing our expectations in just its first year," he added.

Shares of Disney rose as much as 6 percent in after-hours trading following the better-than-expected fourth quarter earnings results.

"As a result of COVID-19, Disneyland Resort and our cruise line business were closed for all of the current quarter. Shanghai Disney Resort re-opened in May, while Walt Disney World Resort and Disneyland Paris re-opened in mid-July and Hong Kong Disneyland Resort was open for about two weeks at the beginning of the quarter and about one week at the end of the quarter. All of our re-opened parks and resorts operated at significantly reduced capacities during the current quarter," the company stated.

Disney noted that theatrical distribution was lower as there were generally no significant worldwide theatrical releases in the quarter compared to "The Lion King" and "Toy Story 4," which were in release in the prior-year quarter, adding that the current quarter was negatively impacted by COVID-19 as many theaters throughout the world were either closed or operating at reduced capacity.

The company's home entertainment sales also suffered during the fourth quarter due to no comparable titles as last year's "Avengers: Endgame," "Aladdin" and "Captain Marvel."