While the COVID-19 pandemic is raging globally, logistics play a crucial role in transporting supplies and commodities. Logistics hubs, as the indispensable part of the global logistics supply chain, are also running at full capacity.

But how could a logistics hub promote the global economic growth amid the COVID-19 pandemic through its cross-border transportation services? 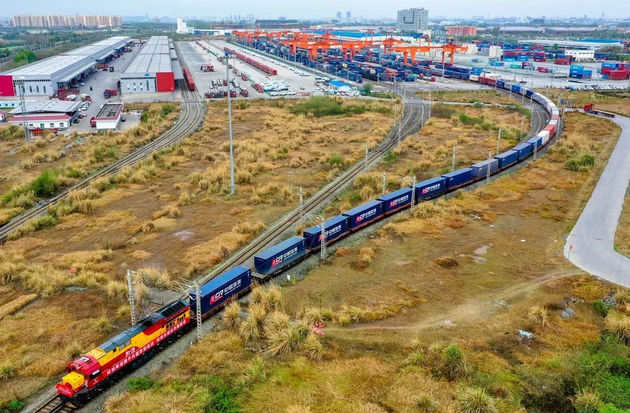 Chengdu International Railway Port, a hub located at Qingbaijiang District of Southwest China's Chengdu, is one of the starting places of the China-Europe Railway Express.

In the past decade, the China-Europe Railway Express has developed into a world-renowned transport product and a landmark achievement of the Belt and Road Initiative, proposing the concept of a "Eurasian continental railway network" for the first time.

Since the China-Europe freight train service was launched in Chengdu International Railway Port in 2013, the frequency of trains rose from one train per week to more than 200 trains per month.

The hub has even been witnessing more trains running in the past months. Every day, eight China-Europe freight trains are on the way, and each of them is loaded with 41 containers. From January to March this year, the number of trains increased by more than 80% compared with the previous year.

It is noted that a total of 17,800 tons of protective equipment supplies have been transported to Europe through the trains since this May, contributing to the global fight against the COVID-19 pandemic.

In the first ten months of this year, 3,451 cross-border trains run in Chengdu, representing 48.1% compared to the same period of 2019. 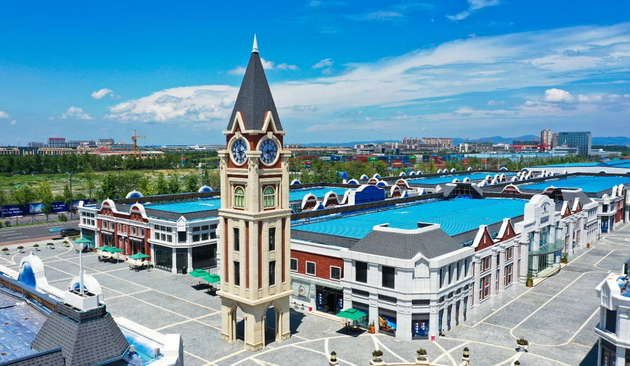 With outstanding transport capacity, many logistics hubs are also seeking to combine the transport service with local cross-border businesses.

In Chengdu, the Chengdu-Eurasia National (Commodity) Pavilion is one of major attempts to promote cross-border trades leveraging its advantages in logistics.

It is built adjacent to Chengdu International Railway Port and in the China (Sichuan) Pilot Free Trade Zone. Designed like a small European town, the Chengdu-Eurasia National (Commodity) Pavilion has become a new internet-famous site for Chengdu citizens.

The Chengdu-Eurasia National (Commodity) Pavilion can accommodate pavilions of up to 40 countries. So far, ten pavilions have been put into operation or trial operation there.

Take the French & Dutch Commodity&Culture Pavilion as an example. The pavilion mainly includes three cities, Paris, Bordeaux, and Tilburg (the Netherlands). The art display in the Paris Pavilion, the activity area, and the central stage are creating unique experiences, and commodities such as wine from various vineyards are attracting shopping lovers.

Chengdu International Railway Port is the starting point and end point of the China-Europe Railway Express (Chengdu), so it is a bridge between Europe and Chengdu, said Shi Ruifeng from Sichuan Rong'ou Zhilian Technology Co., Ltd., who is in charge of the French & Dutch Commodity&Culture Pavilion.