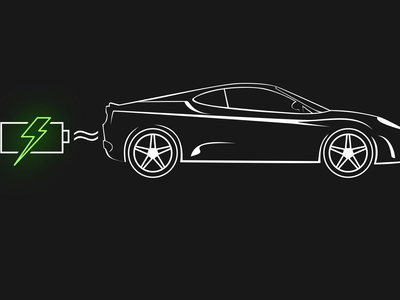 This is an "anchor investment in the future of the automotive industry in Saarland," said Tobias Hans, minister president of the federal state where the SVOLT plant will be built, at a press conference.

SVOLT, a spin-off from the Chinese car manufacturer Great Wall Motors, would invest up to two billion euros (2.4 billion U.S. dollars) in two production sites, aiming to create up to 2,000 jobs in Germany, according to a statement issued by SVOLT Energy Technology Europe.

The battery cell production facility, scheduled to start production by the end of 2023, has a planned production capacity of 24 gigawatt hours (GWh), which is enough to supply batteries for 300,000 to 500,000 electric cars per year, according to the statement.

An additional factory for modules and battery packs located on an industrialized site would be "retrofitted for module and pack production" and is scheduled to start production in mid-2022, according to SVOLT Europe.

At the 2019 Frankfurt Motor Show (IAA), SVOLT announced a European production site and kicked off a selection process assessing more than 30 sites throughout Europe.

"We have selected Saarland as our first European production site for SVOLT's high-end products for a number of reasons: It is not only at the heart of Europe, but also represents a region of innovation and technology for the automotive industry," said Hongxin Yang, president and general manager SVOLT Energy Technology.