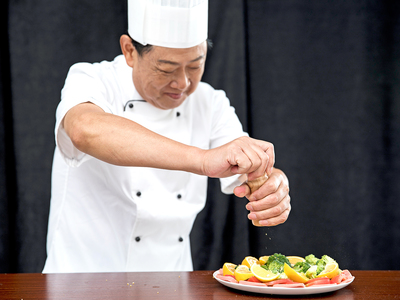 The Michelin Guide released its 2021 edition focusing on Italy Wednesday, crowning three new two-star restaurants while 26 eateries have earned a star for the first time.

Additionally, seven Chinese restaurants were recommended as "noteworthy" by what is considered the world's most famous restaurant guide.

Italy now boasts 403 restaurants earning at least one Michelin star, the highest number ever recorded for the country. With that total, Italy is behind only France and Japan in terms of the number of Michelin-starred entities within its borders, Michelin officials said Wednesday.

Marco Do, the communications manager for Michelin's Italian guide, said the guide executives considered postponing the release of the 2021 edition until after the coronavirus pandemic is over.

"We wondered if we should close our eyes and wait for everything to pass," Do said in a webcast ceremony marking the release of the guide. "We decided to keep our eyes open, continue our work, and present the guide to the public."