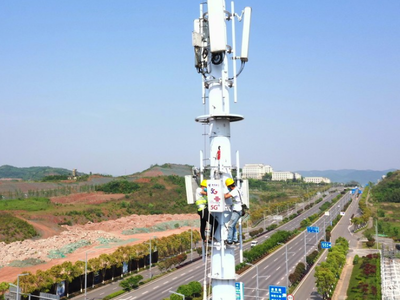 Over 700,000 5G base stations had been built across China as of October this year, according to a white paper issued by the China Academy of Information and Communications Technology (CAICT) on Tuesday.

The speed and performance of 5G networks are a great improvement on 4G networks, said the white paper.

In the August-October period, the academy carried out a quality evaluation on the mobile networks in 14 major cities, 10 of which had reached average speeds of over 800 Mbps download and 100 Mbps upload.

5G mobile phones accounted for 51.4 percent of China's total phone sales in the first 11 months of the year, with 144 million phones shipped.

It is estimated that the three major telecommunications suppliers in China will invest over 210 billion yuan in developing 5G-related networks this year, and the technology will be further applied to industries such as cloud computing, big data and artificial intelligence.