China's education goes international from 2016 to 2020 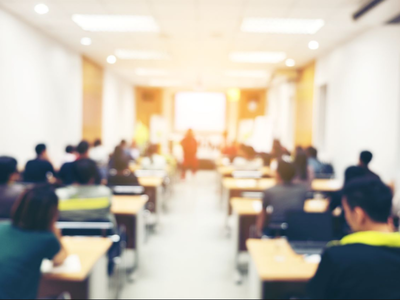 China's education sector made progress in going international during the 13th Five-Year Plan period (2016-2020), the Ministry of Education (MOE) said at a press conference on Tuesday.

While seeing many Chinese students studying overseas, China has emerged as a favorable destination for international students and joint-venture learning programs over the past five years, said Liu Jin, head of the Department of International Cooperation and Exchanges under the MOE.

As a result of China's opening-up policy in the education sector, talented people fostered gave a boost to the country's innovation drive, according to Liu.

Over 2.5 million Chinese students studied abroad from 2016 to 2019, Liu said, noting that 80 percent of these students returned to China after completing their programs.

This year, the country has so far received more than 300,000 applications for credential evaluation and recognition from students studying overseas. The figure is up by some 30,000 over last year, said Cheng Jiacai, director-general of the Chinese Service Center for Scholarly Exchange.

To encourage more students to return from overseas, China will actively address the needs of returning students. It will do so by improving the quality of services and creating favorable employment and entrepreneurial conditions for them, said Cheng.

In 2019, close to 55 percent of international students studying in China worked on degree programs, and the proportion was seven percentage points higher than that in 2016, said Liu.

Liu said students from countries along the Belt and Road route accounted for 54.1 percent of total international students studying in China in 2019.

She added that the Chinese mainland offered more education avenues for students from Hong Kong, Macao, and Taiwan.

During the 13th Five-Year Plan period, about 45,000 students from Hong Kong, Macao, and Taiwan studied at mainland universities, Liu said.

The number of mainland universities that can enroll Hong Kong, Macao, and Taiwan students has risen to more than 400, out of which 225 are eligible to offer postgraduate programs, Liu said.

Liu added that nearly 1,800 projects received funding support from the ministry's exchange programs for teachers and students between higher education institutions on the mainland and those in Hong Kong and Macao from 2016 to 2019. Such exchanges benefited 56,000 people, Liu said.

During the 13th Five-Year Plan period, 580 schools and programs jointly run by Chinese and overseas education institutions have been approved and put on record by the MOE, including 356 joint-venture universities, Liu said.

So far, China has 2,332 international joint-venture learning institutions and programs, she added, noting that 1,230 of them offer programs of higher learning.

As the coronavirus stopped many Chinese students from pursuing further education overseas, the MOE has supported 94 joint-venture programs, universities, and learning institutions to expand enrollment temporarily, according to Liu.