The year of 2020 has witnessed too many tumultuous changes and challenges.

At the beginning of 2021, National Business Daily (NBD) invited 6 nobel prize winners to have in-depth talks on global economic outlook, scientific innovation and other major topics.

One of them is professor Kurt Wüthrich who shared the Nobel Prize in Chemistry in 2002 for "his development of nuclear magnetic resonance spectroscopy for determining the three-dimensional structure of biological macromolecules in solution."

When having the interview with NBD, Prof. Wüthrich shared his insights on the ongoing epidemic, how to enhance fundamental scientific researches especially in the aftermath of COVID-19 and what he observed concerning China's technology development.

As the bellwether of global structural biology, Prof. Wüthrich has been dedicated to science for decades and known for developing nuclear magnetic resonance (NMR) methods for studying biological macromolecules. 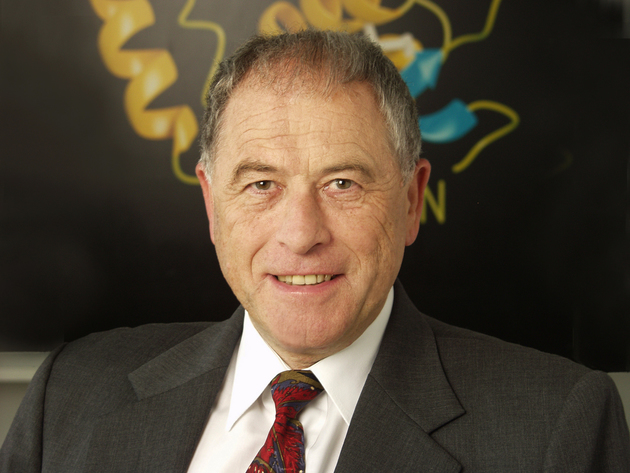 'We'll live with the virus in the long run'

Right now, the COVID-19 epidemic is sweeping across the globe and causing great damages economically and socially and politically.

"Next two to three months are very critical period. If vaccines can be successfully employed and truly work around the globe, we will go back on track." Prof. Wüthrich said to NBD.

In a sense, what brings people more damage is not the virus itself but the ignorance and impiety for science when people are fighting against the pandemic.

Prof. Wüthrich thinks that if more people could acquire the knowledge of virus spreading and more effective actions could be taken timely, and the situation would not have been so terrible. He said, "I feel quite disappointed that we don't have workable treatment for those severely-infected ones."

Due to the rampaging virus, actually Prof. Wüthrich hasn't met his team in Shanghai for almost one year. And he has to keep in touch with his team members through emails to impel some ongoing researches.

He told NBD, "The pandemic brings us many serious challenges. It's very difficult to carry on scientific education and research both physically and psychologically."

"We will live with COVID-19 in the long run just like HIV. How to deal with the aftermath of this pandemic will influence the momentum of scientific development in next 3 to 5 years." he said, "To weaken the impacts of the virus on scientific research, we'd better enhance international scientific cooperation."

'China has made marvelous achievements'

As a Shanghai permanent resident, Prof. Wüthrich has built up a strong connection with Chinese scientific community and is now supervising a team at Shanghai Tech University.

Prof. Wüthrich and his team are focusing on the structure of the G-protein coupled receptors, or GPCR, which has huge implications for the pharmaceutical industry. Under his leadership, the team has made great progress. In his opinion, China is world-leading in this field.

In 1983, he came to Shanghai for the first time and met with the Chinese representatives of International Union for Pure and Applied Biophysics（IUPAB）. As the secretary-general, Prof. Wüthrich did a lot to help China join IUPAB. For China at that time, it was a remarkable breakthrough to be in a high-end global technology organization.

In 2013, Prof. Wüthrich started to work in Shanghai and he called the city one of his homes. In his eyes, the scientific environment in China keeps optimizing, and more and more scientists choose to come to China for scientific researches.

Prof. Wüthrich suggested that it's significant to build up a tradition of scientific innovation, provide more opportunities for young researches and creating a more favorable environment for scientists, researchers and scholars for China.

The more chaotic today's world is, the more tenacious and calm we should be. Only rationalism and faith for science can help us ride out the storm in which we're struggling. We know that all the greatest minds in the world like Prof. Wüthrich will shine brighter when the cold winter night befalls us.