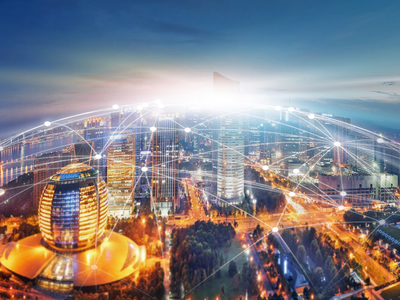 China will surpass the United States to become the world's largest Internet of Things (IoT) market in 2024, according to an industrial report.

China's spending on IoT is expected to reach around 300 billion U.S. dollars by 2024, with the compound annual growth rate to stand at 13 percent in the next five years, data from global market research firm International Data Corporation (IDC) showed.

In 2024, the country's spending on IoT will account for 26.7 percent of global spending in the sector, followed by the United States at 23.8 percent and Western Europe at 23.4 percent, IDC data showed.

Among the 20 industries covered in the IDC's report, manufacturing, government and consumer IoT spending will account for more than half of the total market spending by 2024.

Jonathan Leung, a senior market analyst with IDC China, said the country saw disruptions in the IoT market due to COVID-19 and reduced IoT spending across all industries in early 2020.

"As China continues along its road toward recovery, we expect the market to bounce back in the coming years as enterprises begin to grasp the vital role of IoT in epidemic prevention and control, as well as their capabilities in mitigating market disruptions," he said.