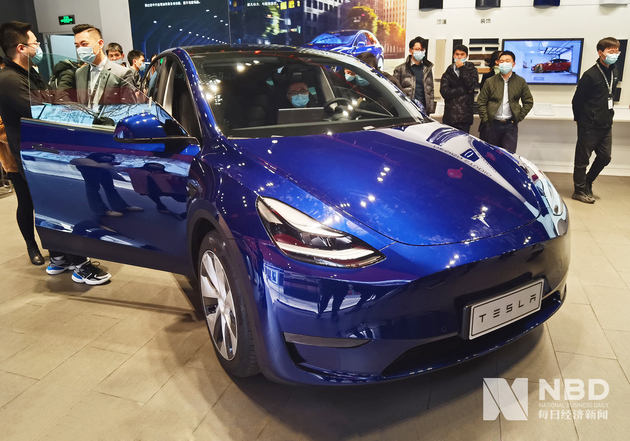 On Jan. 7, 2020, Tesla launched the project to manufacture Model Y vehicles in its Shanghai Gigafactory, its first overseas plant outside the United States. The China-made model went on sale on Jan. 1.

Starting at 339,900 yuan (about 52,372 U.S. dollars), the Model Y follows the Model 3 to become the second car built by Tesla's Shanghai Gigafactory for sale and delivery in China.

Deliveries in other cities will begin soon, according to the company.

The company also plans to invest 42 million yuan in the construction of a supercharger manufacturing plant in Shanghai with an initial planned annual production capacity of 10,000 superchargers. It is expected to be operational in the first quarter of 2021.

Tesla said that the company will invest more energy in China in the future to promote the construction of basic services and a charging network, and will innovate its service models to provide consumers with a better electric vehicle travel experience.

Tesla delivered its Shanghai-made Model 3 sedans to the public in January 2020. The model was shipped to European customers from October 2020.