Exclusive Interview | Nobel laureate Andrew Geim: Starting at the edge of what was achieved before essential for scientific research

One of them is Professor Andrew Geim, who shared the Nobel Prize in Physics 2010 for "groundbreaking experiments regarding the two-dimensional material grapheme". He is also the only scientist in the world who has won both the Nobel Prize and the IgNobel Prizes. In 2000, he won the IgNobel Prizes for the experiment of using magnetic levitation technology to overcome gravity and let a frog float in the air.

In the interview, Professor Geim shares his story in the scientific field and discusses the dilemma of "dream or bread" facing young scholars and the balance between cost and output in basic scientific research. 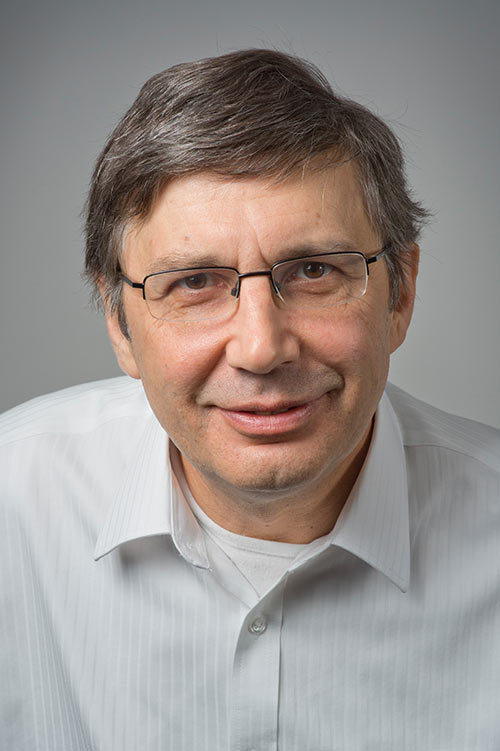 NBD: How does winning the Nobel Prize change your life?

Andrew Geim：In terms of everyday life, not much changed at all. Same work, same lab, same office. I remain very much research-active with many exciting results coming out from my group every year. New research carried 24-7.

My salary increased by 50%-70% after the Nobel, and this is it. The only fundamental change is that sometimes I meet interesting, important people. I have also met probably 20 Nobel Prize winners and many more billionaires. Sometimes those meetings could be quite interesting.

New anthropological experience is what I have always cherished, and the Nobel award certainly helps to deliver extra.

NBD: When did you decide to dedicate to scientific research? A dream since childhood or a decision in the process of growing up?

Andrew Geim: Not really in my childhood.

Only when I graduated from the best university in Russia I had realized that I could do good research work, not worse than others.

And after I moved to the West and finally got access to decent research facilities, I finally realized that science was what I should do for living because I found myself better than many others around.

NBD: Some young scholars are faced with a dilemma of "dream or bread" and eventually give up research because of lack of financial support. What's your take on this?

Andrew Geim: Neither science nor business would guarantee “bread” for you. You can be successful or fail in either of them.

But you need to follow not only heart but also brain. Ask yourself if you are smart enough to become a professor, for example. It is a moderate salary but interesting job. It is better than being a well-off banker with a boring job, wishing to retire at the age of 30. I met many rich bankers who are so bored … and often equally boring.

Ancient Romans used to say ‘everything in moderation’ and Confucius would probably agree.

Doing research is one of the best possible ways to spend your only life. This requires a lot of work especially at early stages but so be it. It also requires a lot of work later in your career, until your actually retire you need to work hard to be successful in science. But this hard work becomes no longer a burden but interesting and exciting for you, not boring at all and unlike in many other professions when work becomes a dull routine.

NBD: In your view, which is more important in scientific research, process or outcome?

Andrew Geim: Both. You should try to enjoy the process but should always aim at high-profile outcomes.

Looking for something routine and minor at the end of your research work cannot justify the taxpayer money you spent. Nor it is worth of wasting your life by chasing something mediocre.

NBD: What kind of vibe do you think is the best for scientists?

Andrew Geim：To move things forward, it is better to start at the edge of what was achieved in science before. Otherwise, it is a lot of catching up to do.

Therefore, for young researchers and not so young, too, it is important to have access to internationally competitive facilities and general knowledge within the institution where you work. It is very tough to start something from scratch, without help and little funding.

This is why Nobel prizes tend to cluster around already famous places: they provide access to good facilities and smart people are around to advise you. It is OK to be not in the topmost place in your discipline. One or two levels lower would also do – just more efforts and brain power needed to make yourself competitive.

However, one really doesn’t have a chance to get something interesting done if you are placed a low-tier provincial university with little facilities. However smart you are, chances of finding something new ahead of competition become negligible.

NBD: When carrying out basic scientific research, how to balance cost with output?

Andrew Geim: There is little difference between basic and applied research. Good basic research is just the one that is not applied yet. It eventually will be. Always was like this.

Also, there is little difference between science and business in terms of costs and outputs. In science, one needs to maximise the output/cost ratio, just like in any business.

The only difference is that ‘output’ in science often means ‘quality results and new phenomena’ which is difficult to measure in terms of US dollar or RMB, especially in basic research where potential benefits are usually decades beyond the visible horizon.

But the end game is the same for both business and science: If your output/cost ratio is low for long time, your customers and peers get disappointed and no one will give you grants/money to carry out further research. You go bankrupt science-wise. If the ratio is high, it is easier to get further ‘investment’.

NBD: In this world full of uncertainty, can you give some advices to young people who are still thinking and struggling in front of the test bench?

Andrew Geim：Not much changed in the world since ancient times. Everyone thinks that they are special and deserve more than they have. Unfortunately, struggling and temptation are an integral part of everyone’s life. Always was.

Even when things look desperate, remember: life is like a stripy shirt; after each dark stripe there will always be a bright one.

And Romans would also add 'only who dares wins'. Try to be adventurous in your life/work and this will help you to be ahead of competition.