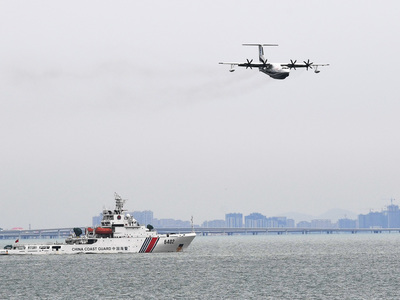 Major large parts of the No.3 AG600 test aircraft and some test parts for iron-bird tests have recently entered the manufacturing phase, said state-owned planemaker the Aviation Industry Corporation of China (AVIC).

These major large parts include the nose, middle fuselage and rear fuselage of the AG600 test aircraft, which will carry out the following tests for the large amphibious aircraft model.

Iron bird tests are essential to the designer and the authorities to verify an aircraft model, major parts and airborne systems on the ground.