Chinese artist's ink paintings to be exhibited in Chicago 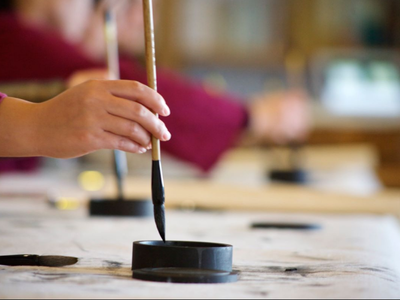 A solo exhibition of ink paintings by a Chinese artist will open at the Art Institute of Chicago on March 11.

"His ink paintings bridge ancient artwork of the Song and Yuan Dynasties with contemporary artistic practice," said Tao Wang, chair of Asian Art and curator of Chinese Art at the Art Institute of Chicago, in an interview with Xinhua.

Tai's selections will be displayed throughout four Asian galleries. Among them, two large series of paintings are displayed in the famous Ando Gallery. One is titled "Immortal Landscape of Dreams and Imagination" with the depiction of "asteroid-like rocks floating in vaporous mist against a background of mountainous forms." And the other is titled "Parallel Universes," in which Tai represents the idea that "multiple universes exist simultaneously."

Tai, born in 1968 in Yinchuan, capital of northwest China's Ningxia Hui Autonomous Region, studied calligraphy, preservation of Chinese traditional painting and graphic design. His works have been collected by private collectors and many museums in the United States. The Art Institute of Chicago first acquired Tai's work "Celestial Tales" in 2015.

Wang said Tai is able to transform "solid objects into different forms by using traditional media such as silk, ink, paper and brush."

"We hope the exhibition will open the door for Americans to see the long history of Chinese art and the depth of Chinese civilization," Wang said.

The exhibition will continue till Sept. 20.