China's lunar rover travels 682.77 meters on far side of moon 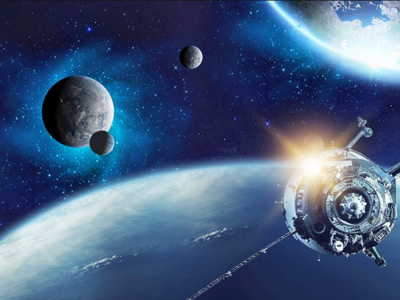 The lander and the rover of the Chang'e-4 probe have been switched to dormant mode for the lunar night after working stably for a 28th lunar day, according to the Lunar Exploration and Space Program Center of the China National Space Administration.

The Chang'e-4 probe, which was switched to dormant mode during the lunar night due to the lack of solar power, had been on the far side of the moon for more than 800 Earth days, and the rover has traveled 682.77 meters. A lunar day and night each equals about 14 days on Earth.

Through an analysis of detection data obtained by the Chang'e-4 probe, researchers have made a series of scientific discoveries including the mineral composition, and topographic and geological evolution history of the landing site.

Researchers from the Aerospace Information Research Institute under the Chinese Academy of Sciences analyzed the spectral characteristics of the rocks in the rover's inspection area and inferred that the rocks probably originated from the Finsen impact crater.