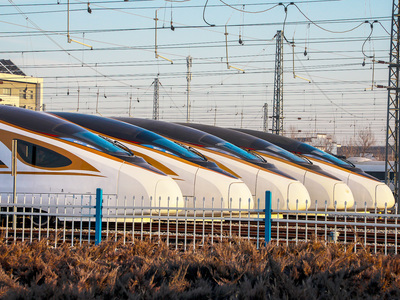 Three contracts were signed on Monday for the construction of the Thai-Chinese high-speed rail between Bangkok and Nakhon Ratchasima province.

Thailand's Transport Minister Saksayam Chidchob presided over the signing ceremony for the three contracts of Phase One of the project between the State Railway of Thailand (SRT) and varied contractors, including China State Construction Engineering Corporation and other four companies.

The contracts are among a total of 14 contracts for Phase One, which will carry a combined cost of some 179.41 billion baht (5.75 billion U.S. dollars).

The state-owned SRT has so far signed 10 contracts, leaving four others to be signed within this year, the transport minister said.

The Phase One of the railway project, designed to link the northeastern province with the capital in a 253-kilometer distance, is expected to be operational in late 2026 or early 2027, he said.