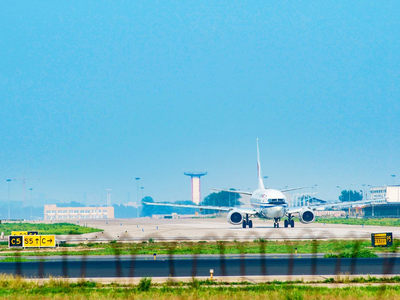 Wuhan, once the hardest hit Chinese city by the coronavirus, has opened air routes to 11 new domestic destinations so far this year, the city's airport said Monday.

The new destinations include nine cities and one district plus one county, both in Chongqing Municipality, said Liu Rui, a marketing official at Wuhan Tianhe International Airport. It will also launch routes to another two cities later this year.

The airport handled a daily average of 536 domestic passenger flights and 65,800 domestic passengers in March, up by 14.03 percent and 4.99 percent, respectively, from the same period in 2019, which was before the onslaught of COVID-19, according to the airport operator.

On March 31, its single-day numbers of passenger flights and passengers reached 670 and 78,600, both hitting record highs since the lockdown lifted on April 8 last year.

The airport has also considerably increased flights to and from major Chinese cities, including Beijing, Shanghai, Guangzhou, and Shenzhen this year, Liu said.

Wuhan, capital of Hubei Province, last Thursday marked the first anniversary since it ended its 76-day isolation and the 10th month without reporting any locally transmitted infections.