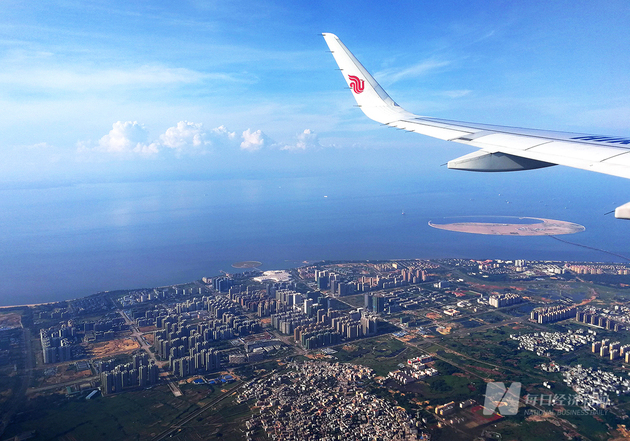 A total of 11 key industrial parks are being developed into a demonstration zone for the construction of the Hainan free trade port (FTP). A batch of core policies have been implemented and market entities have been gathering since the parks were unveiled one year ago.

The key industrial parks have become the main focus of economic development for the Hainan FTP, said Feng Yan, an official with the Hainan Provincial Development and Reform Commission, at a press conference on Thursday in Haikou, capital of south China's Hainan Province.

China last June released a master plan to build the island into a globally influential and high-level free trade port by the middle of the century.

A batch of key policies, including zero tariffs and easing market and foreign investment access, have also been implemented.

"The basic trade and investment policy system of the Hainan FTP has been forged," Gao Feng, a spokesperson for the Ministry of Commerce, told at a press conference on May 27.

"Existing opening-up measures to foster investment will be well implemented. The regional headquarters of multinational companies will also be guided to the Hainan FTP," said Gao.

Chi Fulin, head of the Hainan-based China Institute for Reform and Development, said that the construction of the Hainan FTP is the fundamental way to propel Hainan's economic reform and opening-up.

Shen Danyang, vice governor of Hainan, said the province has implemented various policies through these projects, which have laid a solid foundation for promoting the construction of the Hainan FTP with high quality and standards.

On July 1, 2020, Hainan increased its annual tax-free shopping quota from 30,000 yuan to 100,000 yuan per person. Following the policy upgrade, average daily duty-free sales hit 120 million yuan by the end of 2020, a more than twofold year-on-year increase.

Duty-free sales hit 993 million yuan during the May Day holiday this year, surging 248 percent, according to data from Haikou Customs. There were in excess of 121,000 shoppers, who collectively purchased more than 1.34 million items, up 229 percent year on year.

The soaring duty-free sales have directly boosted Hainan's tourism development. "We have clearly felt the dividends of the free trade port construction, especially with the new duty-free sales policy," said Qian Jiannong, board chairman and chief executive officer of the Fosun Tourism Group. He noted that Atlantis and Club Med in Sanya have benefited significantly.

Atlantis Sanya attracted about 4.6 million visitors and saw a turnover of more than 1.2 billion yuan in 2020 -- a record since its opening in 2018.

Qian added that Fosun plans to increase investment in Hainan and build an area in Sanya that it will name Foliday Town. Its investment will be even greater than that received by Atlantis.

As a new platform for China's opening-up, the first China International Consumer Products Expo was held in Haikou this May. It was the first-ever expo hosted by China focusing on quality consumer goods at the national level, and also the largest consumer boutique exhibition in the Asia-Pacific region.

Representatives from a total of 70 countries and regions attended the four-day expo, and 2,628 brands under 1,505 enterprises from home and abroad participated in the exhibitions, demonstrating the strong magnetic force of the Chinese market and the appeal of the FTP construction.

On the expo's closing day, U.S. luxury fashion company Tapestry was among the first group of 42 enterprises to sign up for the second expo.

"China is about to introduce a law on the Hainan free trade port, and Hainan boasts a duty-free shopping policy, so we have seen the huge potential of the Chinese market," said Zhou Guanghua, vice president of Tapestry China.

The Hainan FTP law is ready to be announced, and the daily consumer goods duty-free policy for Hainanese residents will be implemented soon.

The Hainan FTP will play an important role in China's reform and opening-up, and it will become a meeting point of international and domestic circulation, said Chi.