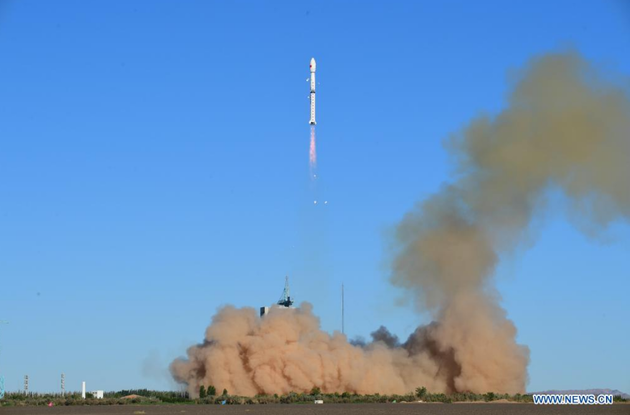 The satellite, Fengyun-3E (FY-3E), was launched by a Long March-4C rocket at 7:28 a.m. (Beijing Time), and this was the 377th flight mission of the Long March rocket series, according to the China National Space Administration.

Equipped with 11 remote sensing payloads, FY-3E will be the world's first meteorological satellite in early morning orbit for civil service.

It is designed with a lifespan of eight years and will mainly obtain the atmospheric temperature, humidity, and other meteorological parameters for numerical prediction applications, improving China's weather forecast capacity.

It will also monitor the global snow and ice coverage, sea surface temperature, natural disasters, and ecology to better respond to climate change and prevent and mitigate meteorological disasters.

In addition, the satellite will monitor solar and space environments and their effects, as well as ionospheric data to meet the needs of space weather forecasts and supporting services.

The satellite and rocket were developed by the Shanghai Academy of Spaceflight Technology. It operates under the China Aerospace Science and Technology Corporation.