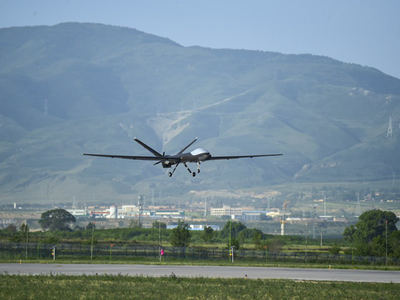 China on Wednesday deployed a large unmanned aerial vehicle (UAV) to restore telecommunications services in the central province of Henan, where heavy rain has wreaked havoc.

A China-developed Wing Loong UAV took a 4.5-hour flight to Mihe Township in Gongyi City, one of the most seriously ravaged regions in the province, the Ministry of Emergency Management said.

At 6:21 p.m., the drone entered the areas where telecom services had been disrupted and started to provide a stable and continuous mobile signal coverage for an area of about 50 square kilometers.

As of Thursday morning, telecom services in Mihe Township had resumed, the Ministry of Industry and Information Technology said.

Torrential rains have struck large areas of Henan Province since last Saturday, with 33 reported dead and eight missing as of 4 a.m. Thursday, according to local authorities.