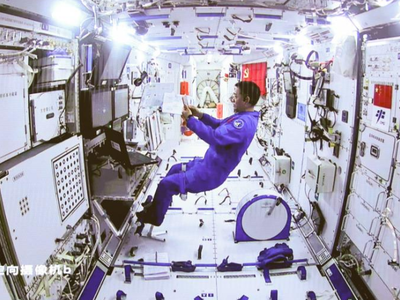 The Shenzhou-12 space flight is China's seventh crewed mission to space and the first during the construction of the country's space station. It is also the first in nearly five years after the country's last manned mission.

The three astronauts are commander Nie Haisheng, a 56-year-old veteran who participated in the Shenzhou-6 and Shenzhou-10 missions; Liu Boming, 54, who was part of the Shenzhou-7 mission; and Tang Hongbo, 45, who is on his first space mission.

Liu and Tang completed the first EVAs on July 4, accomplishing scheduled tasks including equipment installation and panoramic camera lifting, with close coordination between space and the ground, as well as between the astronauts inside and outside of the spacecraft.

The astronauts have successfully transferred supplies from the cargo craft, put the combination under management, and operated the mechanical arm, said the CMSA.