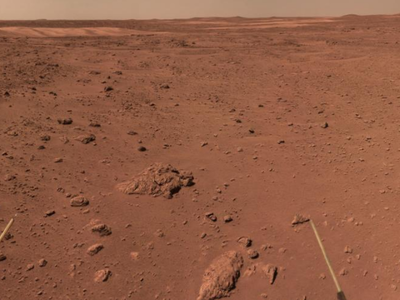 China's Mars rover Zhurong has accomplished its exploration and detection tasks as planned, according to the China National Space Administration (CNSA) on Tuesday.

As of Aug. 15, 2021, Zhurong had worked on the surface of Mars for 90 Martian days, or about 92 days on Earth, with all scientific payloads having started to work on detection tasks, said the administration.

The rover has traveled 889 meters as of Aug. 15, and its scientific payloads have collected about 10 Gb of raw data. Now the rover runs stably and operates in good condition with sufficient energy.

The CNSA added that the rover will continue to move to the boundary zone between the ancient sea and the ancient land in the southern part of Utopia Planitia and will carry out additional tasks.

According to the administration, Zhurong operated with a cycle of seven days during its exploration and detection. Its navigation terrain camera obtained topographic data along the way to support the rover's path planning and detection target selection.

Zhurong's subsurface detection radar acquired the data of the layered structure below the Martian surface, which analyzes the shallow surface structure and explores the possible underground water and ice.

The CNSA said the data collected by seven scientific payloads aboard the rover have been processed and verified. Chinese research teams can apply to China's Lunar and Deep Space Exploration, an organization operated by CNSA's Lunar Exploration and Space Program Center.

The data will be released monthly, the CNSA added.

The lander, carrying the rover with an expected lifespan of at least 90 Martian days or about three months on Earth, touched down in the southern part of Utopia Planitia, a vast plain in the northern hemisphere of Mars, on May 15.

Zhurong drove down from its landing platform to the Martian surface on May 22, starting its exploration of the red planet.